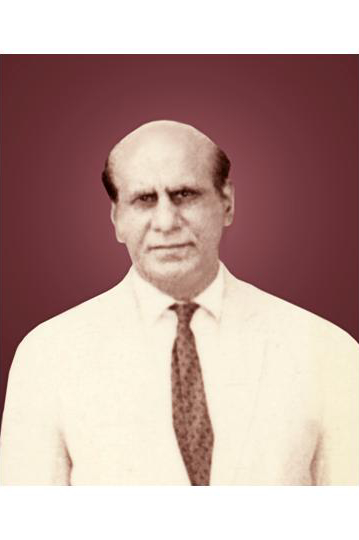 After completing my post graduation course, once I saw advertisement in 1995 in Times of India Newspaper for Post graduation course in Diabetology from AIIMS, New Delhi. I applied for the course because it was my favourite subject and doing this course from the Gold tag medical Institute of India was a dream come true for me.
Before the inaugural ceremony of this course when all the aspiring doctors were sitting in the AIIMS, New Delhi Auditorium, I saw an old-young- man approaching the sitting doctors. He introduced himself and asked all of us that from where did we all came to attend and join this course and why we are so interested in Diabetes, He also asked what primary information you have and he asked the same questions from me individually.
As the first scientific session started all out station doctors knew how senior and pioneer doctor was standing in front of them and he was none other than Former Prof. Dr. M M S Ahuja, Founder of Endocrinology and Metabolism Dept. of AIIMS (however on that time Dr. Prof. N Kochupillai was the Head of Endocrinology and Metabolism).
During this Post Graduation Course of Diabetology top faculties were giving their best, I really learned the depth of the subject (diabetes), how it affects our whole body, how serious and expensive its complications can be. I was quite impressed and was very excited with the academic aura of AIIMS.
During the lunch break I asked for an appointment from Prof. Ahuja for a personal meeting. Looking at my interest in the subject he asked me to come and meet him in Sita Ram Bhartiya Institute of Medical Education, Aurbindo Marg, New Delhi where he used to treat type-1 diabetic children and it was there that I met him. He guided me regarding the approach to Diabetes as a Global problem and also what the future holds in the treatment of Diabetes. It was there and then that I shared with him my idea to use a Computer programme for diabetic patients, to analyze the details of each patient and to use it as a portal for and the assessment of each patient. He gave me the vision that in future the use of computers will play a vital role in scrutiny of Diabetes. He inspired me a lot and motivated me to work in this direction.
However this was not my idea alone, it was my wife’s vision also. So we started working on this and after completing our primary work we met Prof Ahuja again in June 1996 at the same place and showed him the details of the program that we designed and prepared. Luckily he was very impressed and encouraged us for more work in this spectrum. From then, Dr. Alka Singhal (my wife) was in continuous contact with him till the end of 1998.
So we kept working on this computer based program and stared collecting data for analysis, matching and testing our program but while working we realized that there was not much data available as to who has diabetes, who has diabetes in their family and who does not and it was difficult to screen and streamline all that data to make a final report. So that is when we got this hint to solve the problem of mass screening through computer software where a known diabetic can enter his details and check his own profile and also the genetic predisposition in their family and at what age their family members can be prone to diabetes. Then in the next couple of years we developed our final program under the title Grass-Diabetes.com (Genetic Risk assessing Scoring System). Initially our results were above 64% during development of this software and we faced many problems but finally we were able to do it. Since it was his motivational words which inspired us to work on this we dedicate our work to Prof. Dr M M S Ahuja.
He wrote many letters to us before his heavenly abode where he mentioned that he wanted to visit Haridwar to live. But it was very unfortunate for us that we lost him.
His last hand written letter we are attaching herewith.

Such FAQs with the increasing number of new diabetics, including sweet - loving children suffering with the pain of insulin injections and other medical check-ups, shook my mind and with this continuous thought pattern, I started many awareness activities pertaining to diabetes. the idea was to prevent diabetes by creating awareness through - literature, Radio talks, public and social organisations, free education and management camps. But these activities were not satisfactory for the mass level. As the increase in the neWho was Professor M M S Ahuja -